Video: The Making of Fairy Tale Fashion was created by the FIT Technology Development and produced by Tamsen Young

Fairy Tale Fashion was a unique and imaginative exhibition that examined fairy tales through the lens of high fashion. In versions of numerous fairy tales by authors such as Charles Perrault, the Brothers Grimm, and Hans Christian Andersen, it is evident that dress was often used to symbolize a character’s transformation, vanity, power, or privilege. The importance of Cinderella’s glass slippers is widely known, for example, yet these shoes represent only a fraction of the many references to clothing in fairy tales. 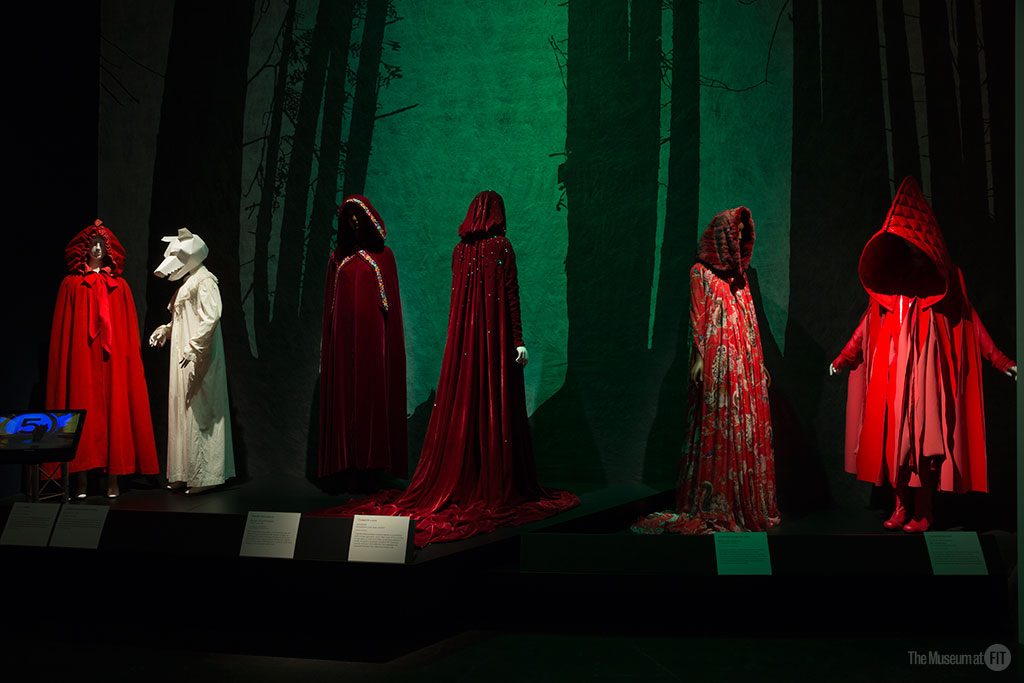 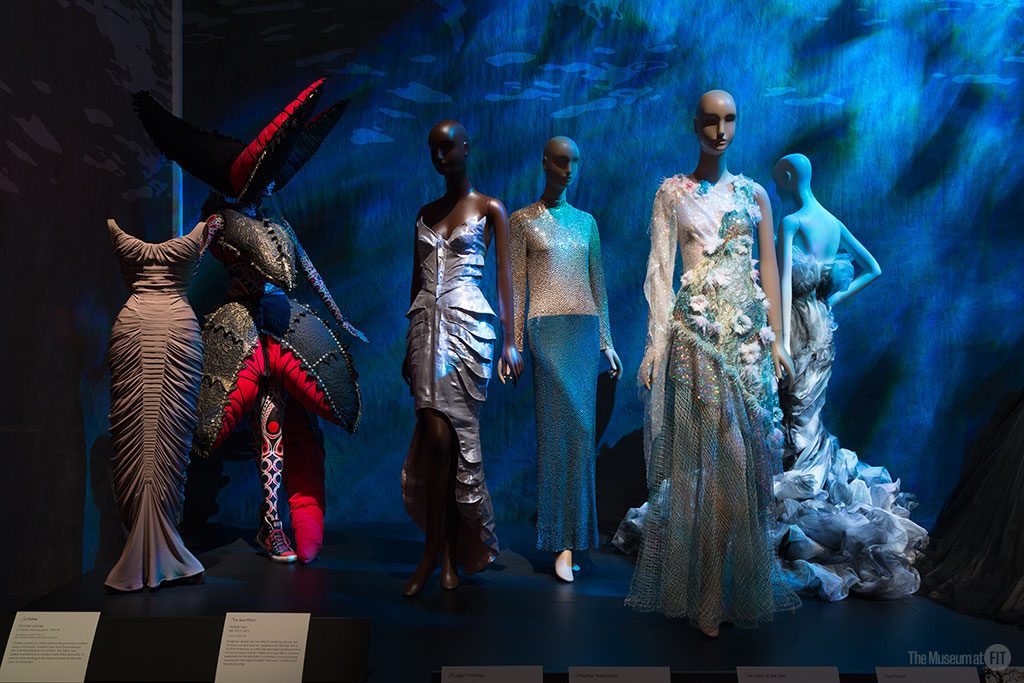 “The Little Mermaid” and “The Swan Maidens” were explored in the Sea section of the exhibition. Charles James’s Swan dress, from the mid-1950s, has a full skirt made from alternating layers of black, beige, and brown net that form an exceptionally graceful silhouette. Undercover’s spring 2015 collection featured numerous swan-inspired designs, one of which is now in the collection of The Museum at FIT—an especially detailed ensemble comprised of a feather-printed miniskirt worn beneath a tutu hand-painted with a plumage motif. It was paired with a motorcycle-style jacket with sleeves made from laser-cut silk “feathers.” “The Little Mermaid” was represented by a variety of beautiful, mermaid-inspired gowns, including Thierry Mugler’s 1987 bustier and fishtail skirt in metallic lilac fabric, and an elaborately crafted dress embellished with pearls, sequins, feathers, and Swarovski crystals from the spring 2015 Rodarte collection.

A multi-author book, also titled Fairy Tale Fashion, was published by Yale University Press in early 2016. Featuring more than 150 beautiful photographs and illustrations, the book expands upon the rich and fascinating topic of fashion in fairy tales.