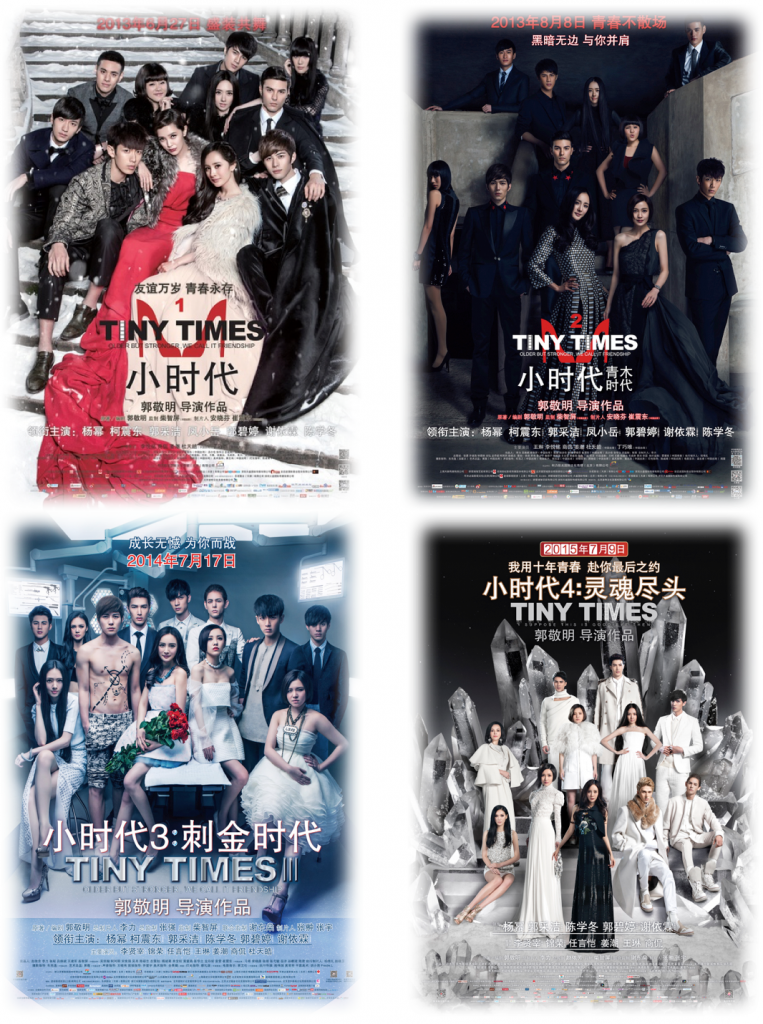 From New York to Shanghai: The Asian Appropriation of Materialism and the Cinderella Storyline in Chinese Girly Films—Tiny Times Series

“Love without materialism is just a pile of sand.” That is a quote from China’s recent top film, Tiny Times 1.0 (or Xiao Shi Dai). Since Chinese girly movies are enjoying rapidly growing popularity at the moment, Asian directors have referenced or culturally re-appropriated traditionally Western storylines in their films. One could question to what extent 30-something author-director Jingming Guo appropriates or exploits materialism and the Cinderella storyline in the city of Shanghai. What elements does he re-appropriate from Western girly films, fashion films, and female event films? Are Asian characters really being celebrated for their individuality or portrayed as mannequins to represent Westernized imagery? What role does fashion play in Tiny Times? How to reinterpret the concept of feminism in modern China?

The aim is to examine how the dominance of luxury brands utilizes ready-to-wear and accessories to attract young viewers (both female and male) through materialism and consumerism in Tiny Times series. It discusses the ways in which fashion plays a central role in transforming Xiao Lin (one of the four female leads played by Mi Yang) from a sexually frustrated adolescent with a pair of Converse sneakers into an attractive woman with a pair of Christian Louboutin high heels who struggles about jumping across class lines into the arms of a fabulously wealthy man (her boss). It proposes that the city (Shanghai) becomes the greatest character in Tiny Times since Shanghai is transforming into an emerging fashion capital under the umbrella of globalization.