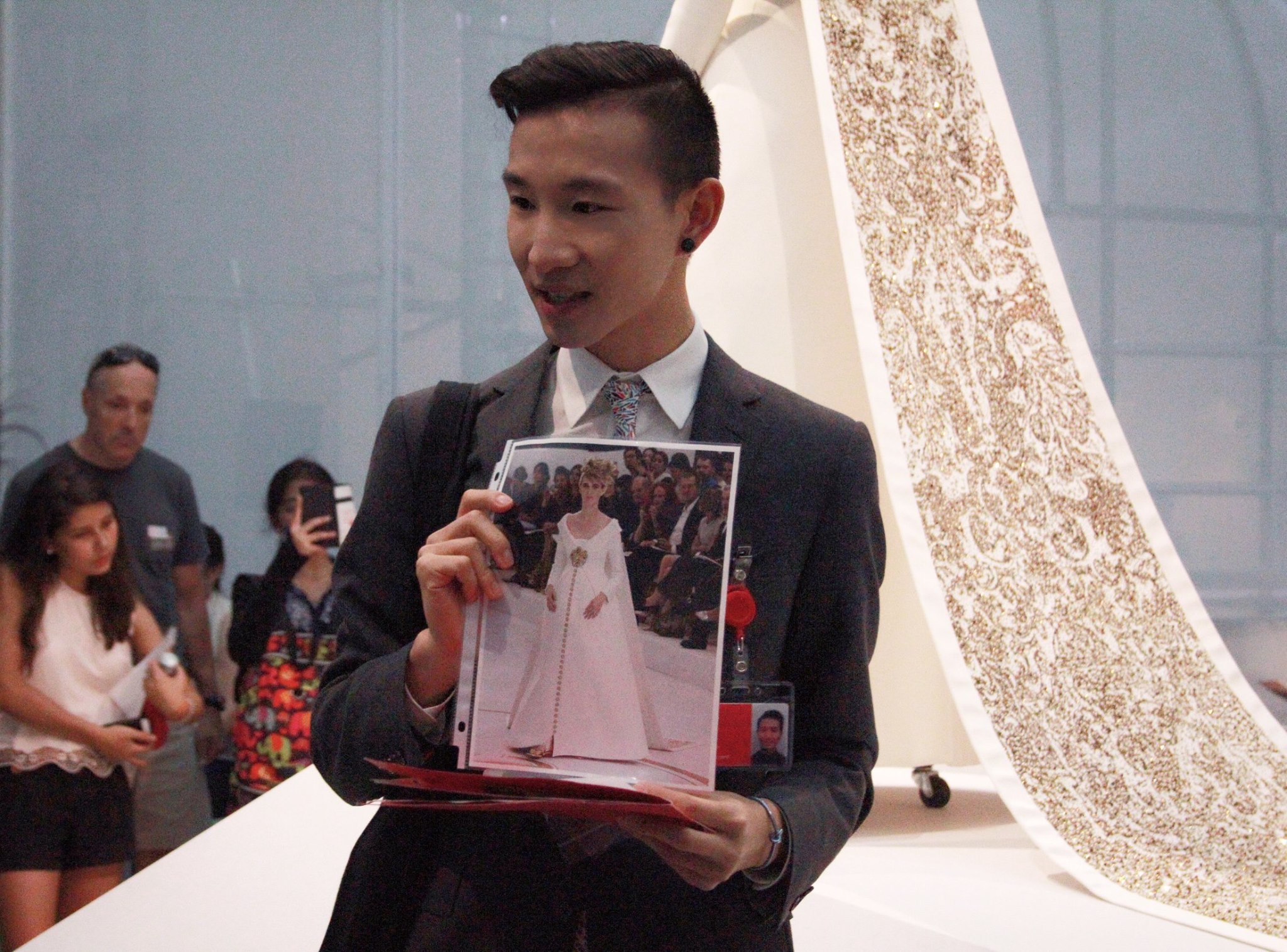 Video: Manus x Machina: Fashion in an Age of Technology, on view at The Met Fifth Avenue from May 5 through September 5, 2016. Featuring Andrew Bolton, Curator in Charge, The Costume Institute.

The Costume Institute’s spring 2016 exhibition explores how fashion designers are reconciling the handmade and the machine-made in the creation of haute couture and avant-garde ready-to-wear.

With more than 170 ensembles dating from the early 20th century to the present, the exhibition addresses the founding of the haute couture in the 19th century, when the sewing machine was invented, and the emergence of a distinction between the hand (manus) and the machine (machina) at the onset of mass production. It explores this ongoing dichotomy, in which hand and machine are presented as discordant tools in the creative process, and questions the relationship and distinction between haute couture and ready-to-wear.

The Robert Lehman Wing galleries, on the Museum’s first floor and ground level, have been transformed into a building-within-a-building using white scrims. The space houses a series of case studies in which haute couture and ready-to-wear ensembles are decoded to reveal their hand/machine DNA. A 2014 haute couture wedding dress by Karl Lagerfeld for Chanel with a 20-foot train occupies a central cocoon, with details of its embroidery projected onto the domed ceiling. The scuba knit ensemble, one of the inspirations for the exhibition, stands as a superlative example of the confluence between the handmade and the machine-made–the pattern on the train was hand-painted with gold metallic pigment, machine-printed with rhinestones, and hand-embroidered with pearls and gemstones. 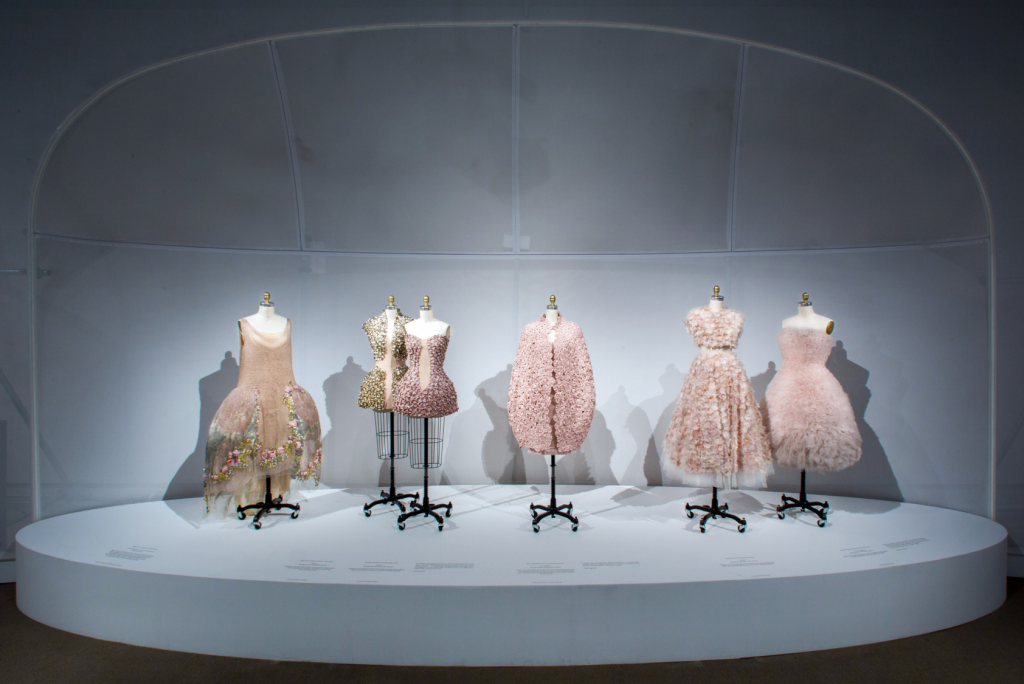 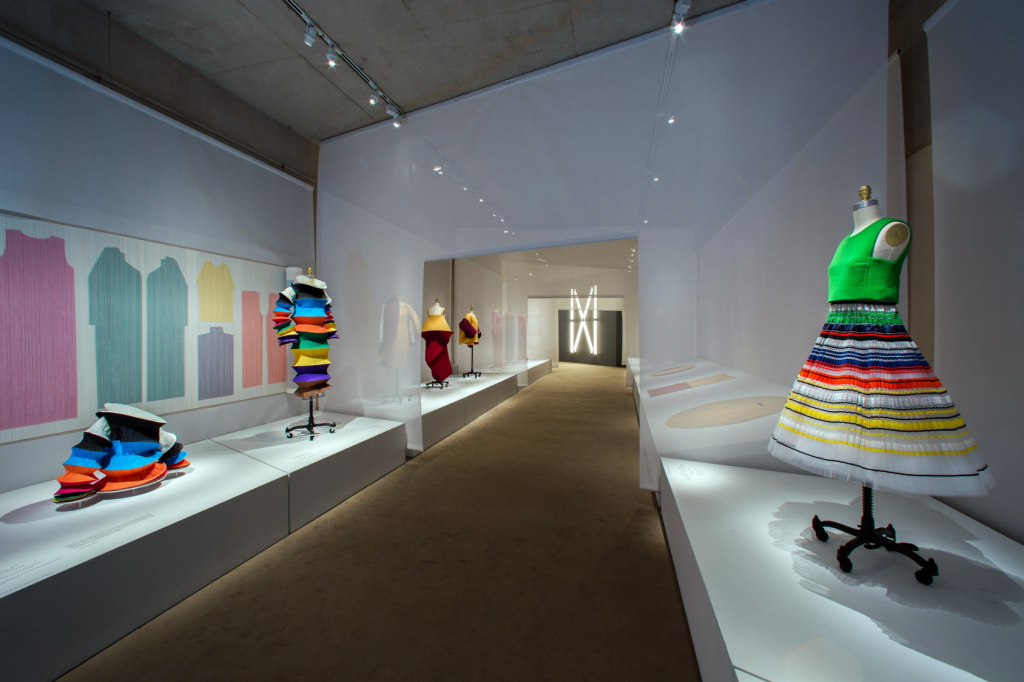 Pleating has a long history in stylish apparel. When the French fan maker Martin Petit invented the plissage au carton, or paper mold, in the 1760s, pleating solidified its preeminence in fashionable dress. Precipitated by the popularity of the hand fan, the technique was further advanced in the mid-19th century by one of Petit’s descendants and is still used today by maisons such as Lognon.

In the 20th century, fashion designers developed proprietary pleating techniques in tandem with technological advancements. Mariano Fortuny developed a method of pleating textiles by hand that remains shrouded in mystery. The pleats were not set permanently, so clients had to send their gowns back to the Fortuny workshops to have the pleats reset if they were dampened or flattened.

With the emergence of synthetic textiles came the first techniques for permanently set pleats. Mary McFadden’s inventive method, called “Marii” after the designer, used a synthetic charmeuse fabric woven in Australia, dyed in Japan, and pleated in the United States. Her innovations were continued by Issey Miyake, who introduced a patented process called “Garment Pleating,” which involves pleating clothes rather than textiles. The process entails constructing garments at two or three times their intended size, and then precisely folding, ironing, and placing the sewn ensembles, sandwiched between paper, into a heat press.

See all the sections of Manus x Machina. 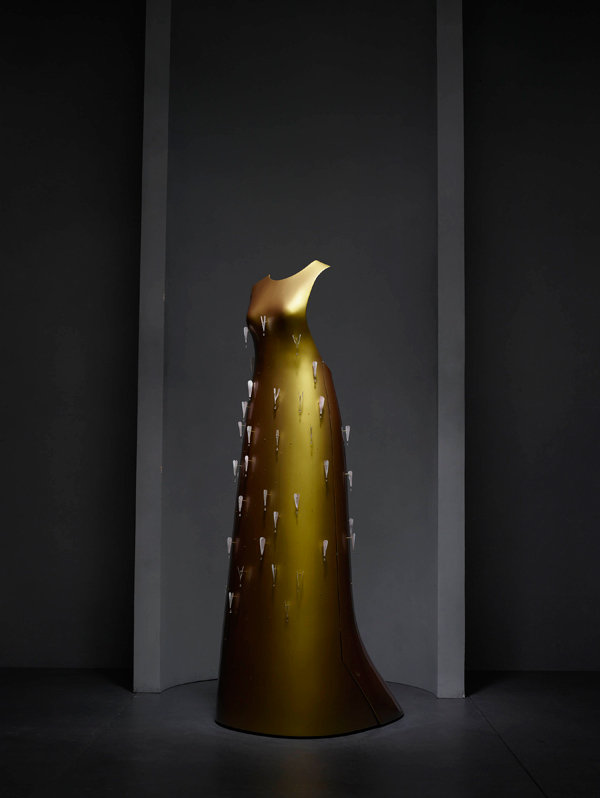 See all the Selected Images.