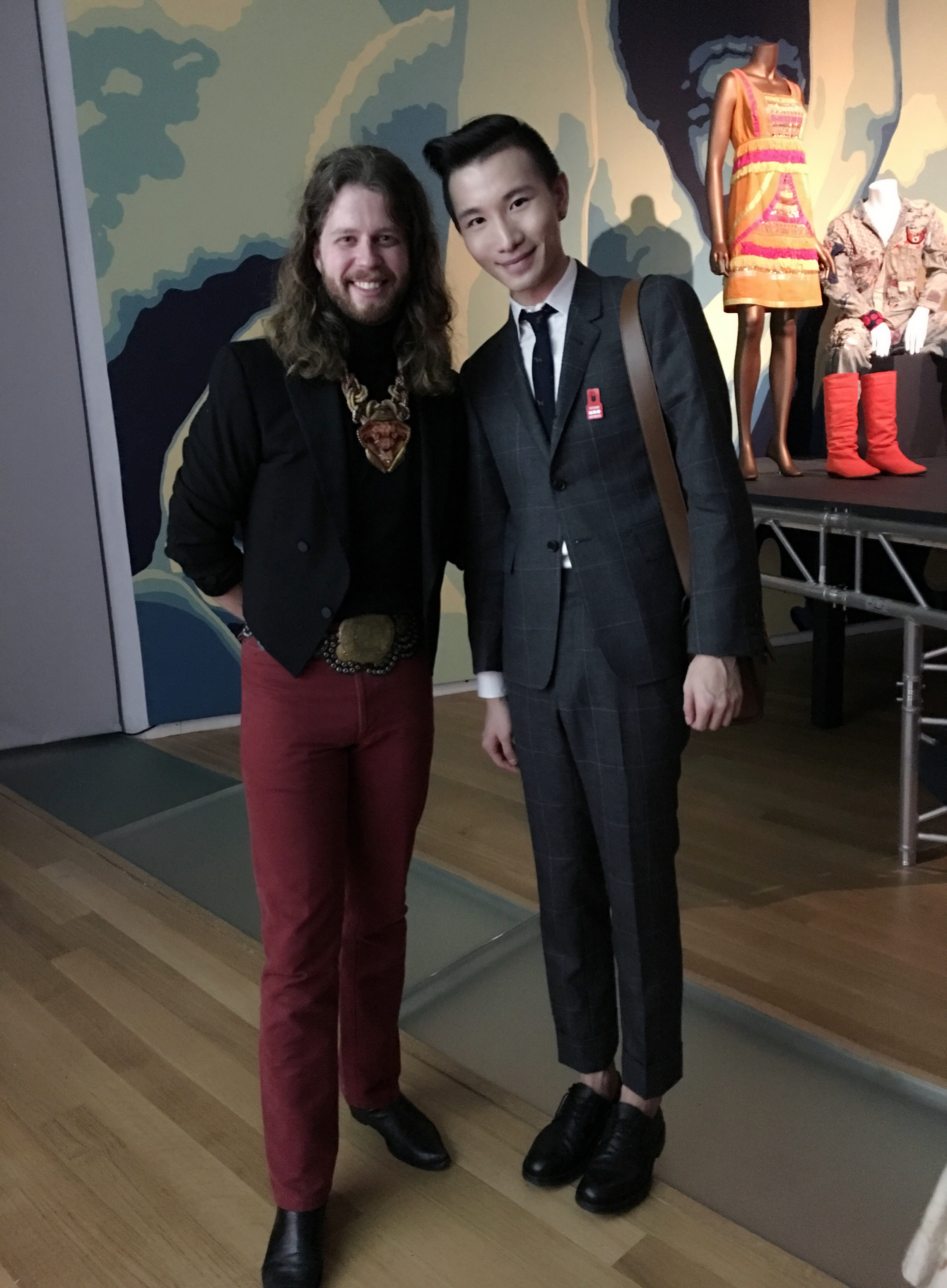 I was thrilled to work with curator Michael Cepress on the installation of his thought-provoking exhibition Counter-Couture: Handmade Fashion in an American Counterculture. 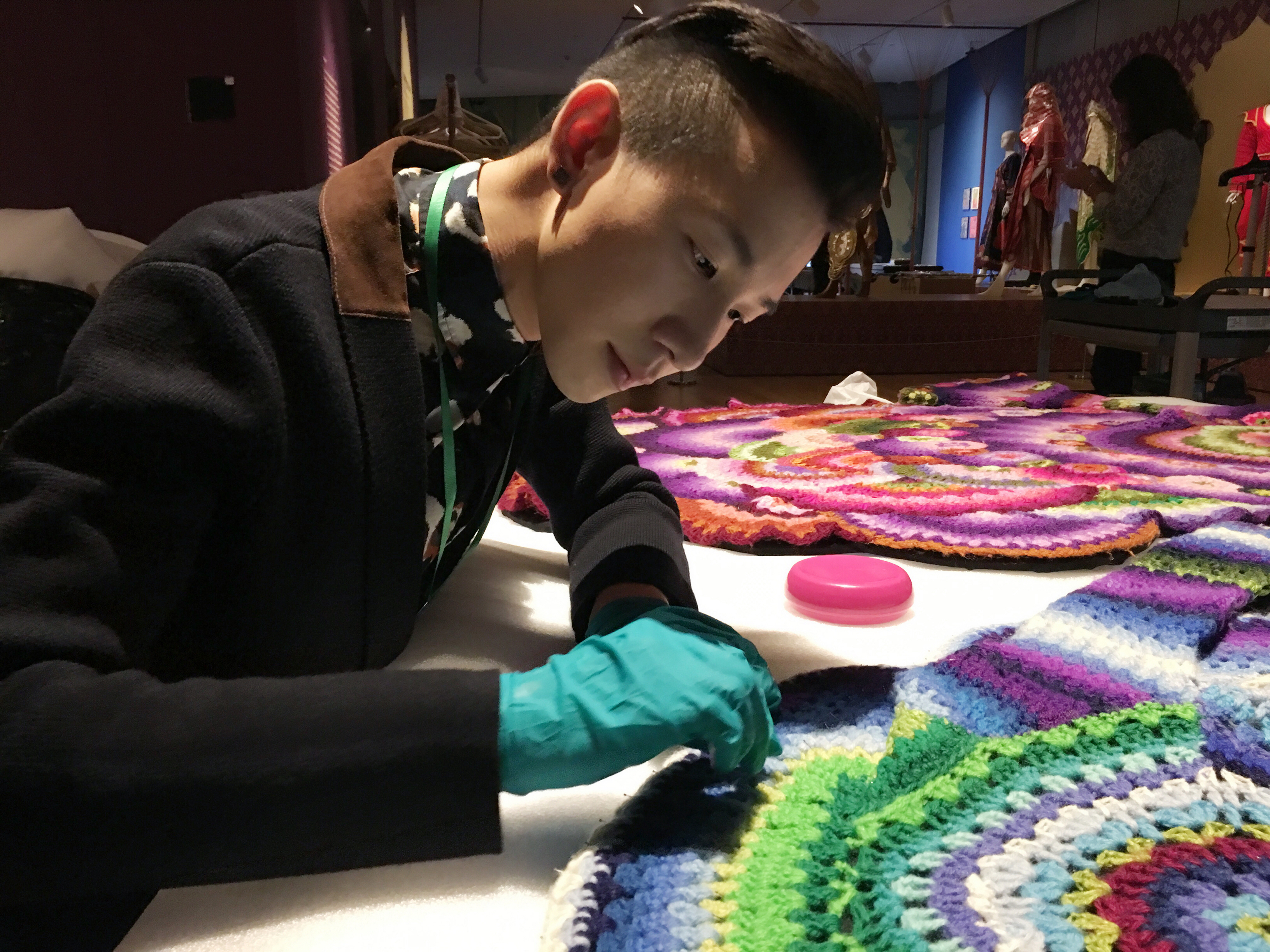 Counter-Couture: Handmade Fashion in an American Counterculture celebrates the handmade fashion and style of the 1960s and 1970s. Often referred to as the hippie movement, the Counterculture swept away the conformism of the previous decade and professed an alternative lifestyle whose effects still resonate today. Moved by the rejection of a materialist and consumerist interpretation of the American Dream, Counterculture youths embraced ideals of self-sufficiency and self-expression. Against the backdrop of the Vietnam War protests and the civil rights movements, hippies, flower children, and idealistic young people shunned the cultural standards of their parents, embraced the struggle for racial and gender equality, used drugs to explore altered states of consciousness, and cultivated a renewed dimension of spirituality.

The pursuit of a personal style proved a transcendental tool toward self-realization, enlightenment, and freedom from conventions. Counter-Couture exhibits garments, jewelry, and accessories by American makers who crafted the very reality that they craved, on the margins of society and yet at the center of an epochal shift. The works on display encompass the ethos of members of a generation who fought for change by sewing, embroidering, quilting, patch-working, and tie-dyeing their identity. Putting the handmade at the center of their daily revolution, they embraced and contributed to establishing a craft and folk sensibility in a seminal moment for the development of American Craft. 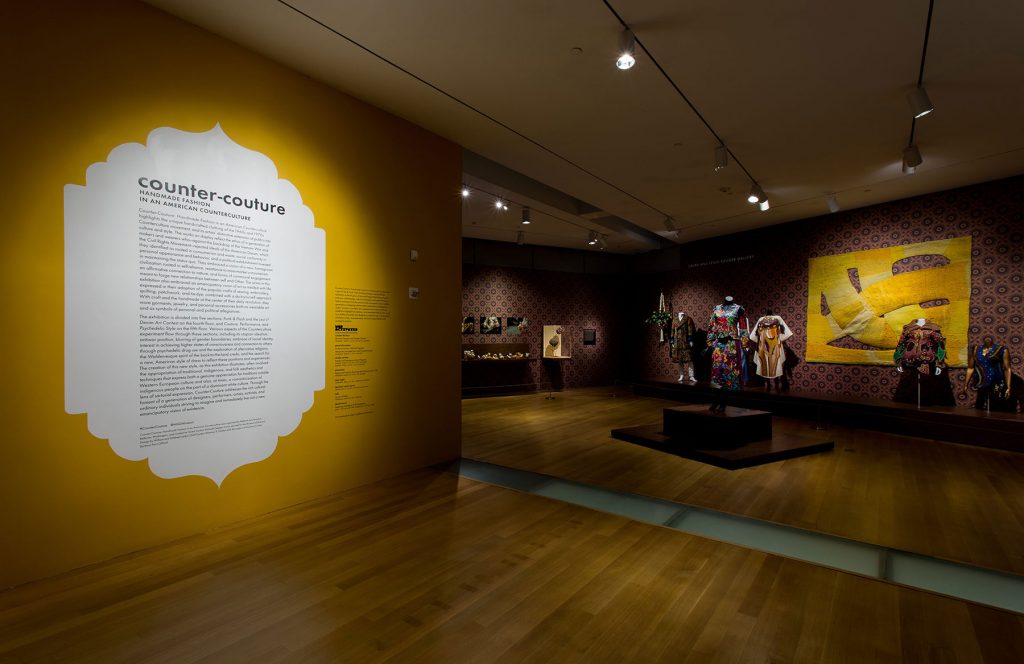 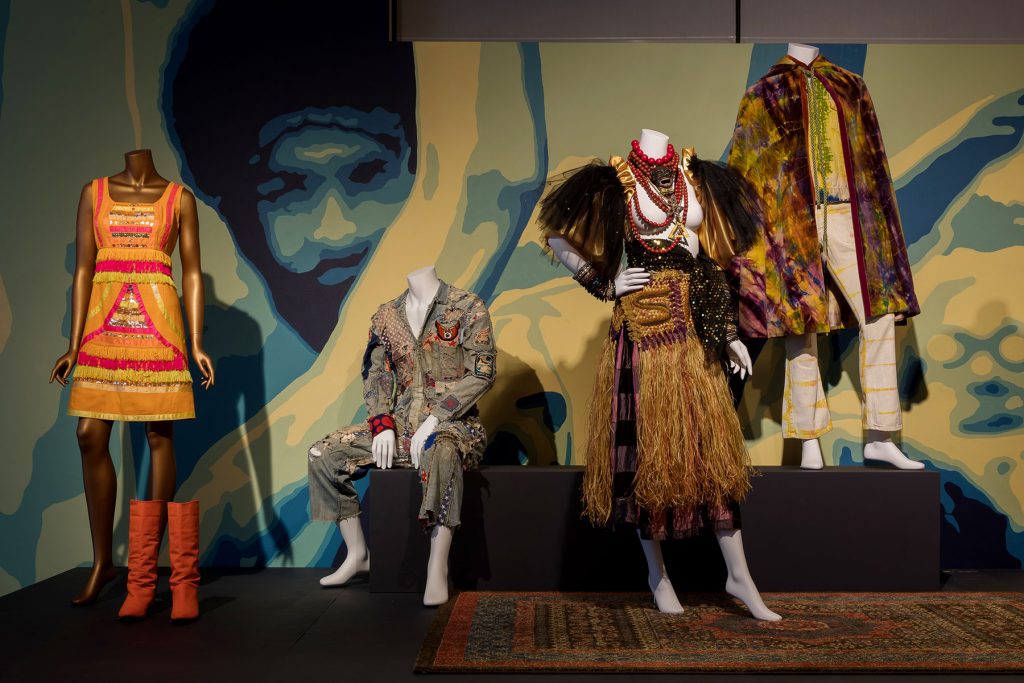 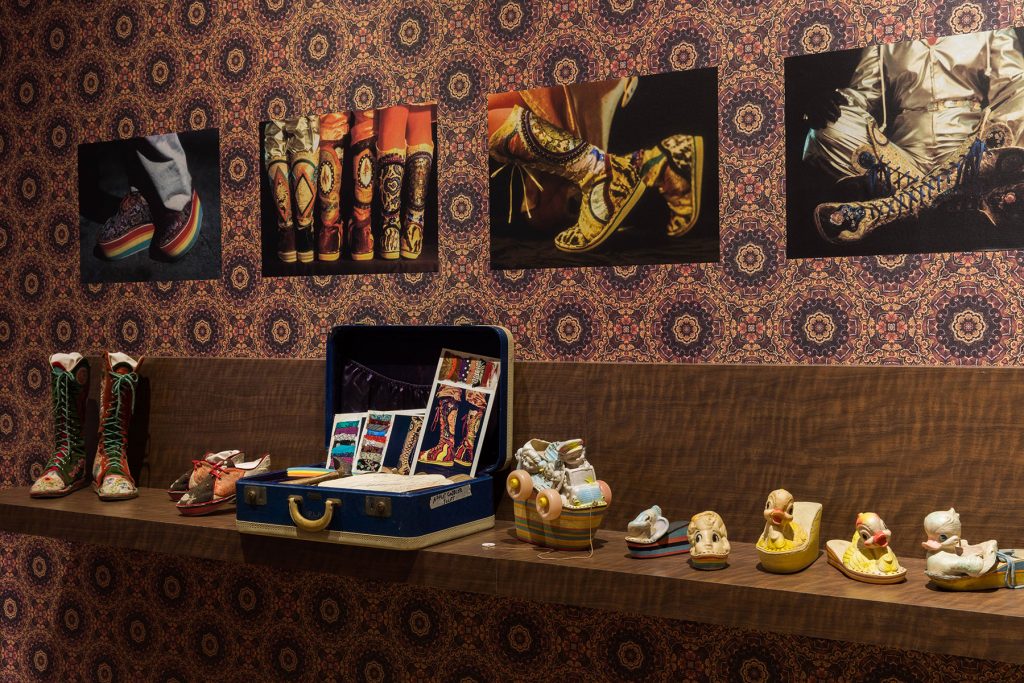 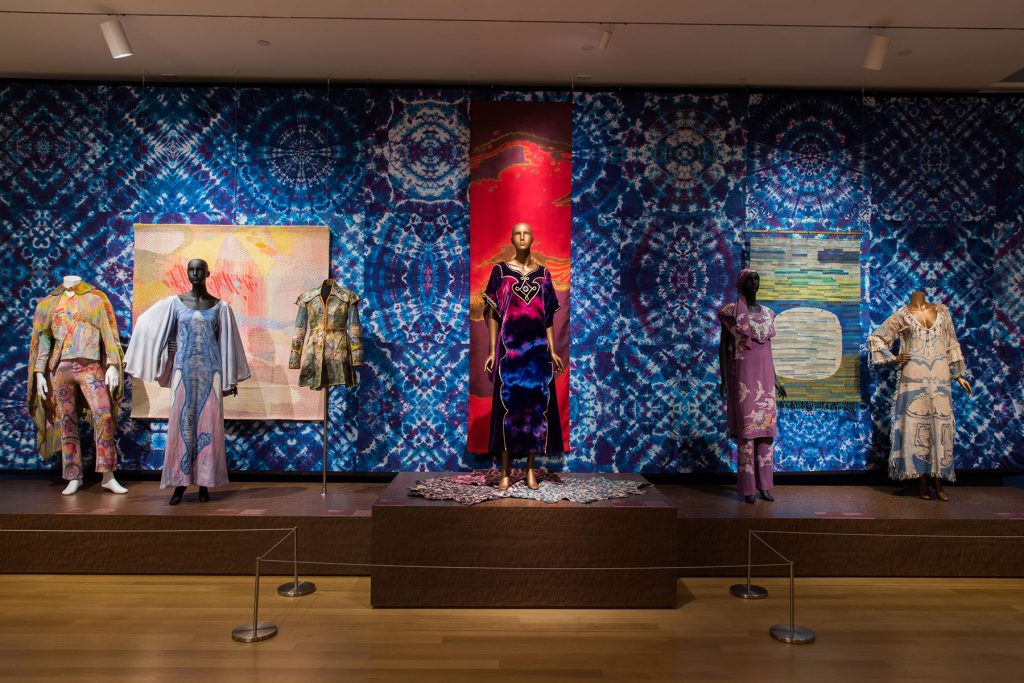 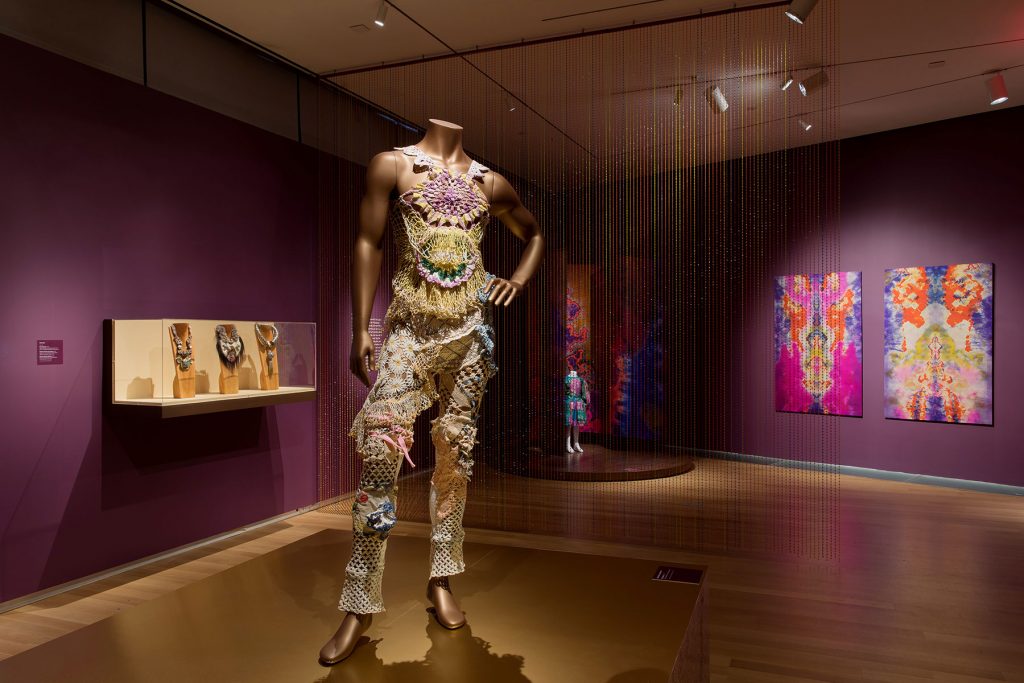 Images (above): Installation views by Jenna Bascom, Courtesy of the Museum of Arts and Design

Counter-Couture: Handmade Fashion in an American Counterculture was organized by Bellevue Arts Museum, Bellevue, Washington, and curated by Guest Curator Michael Cepress. It was secured for the Museum of Arts and Design by William and Mildred Lasdon Chief Curator Shannon R. Stratton with the support of Assistant Curator Barbara Paris Gifford.