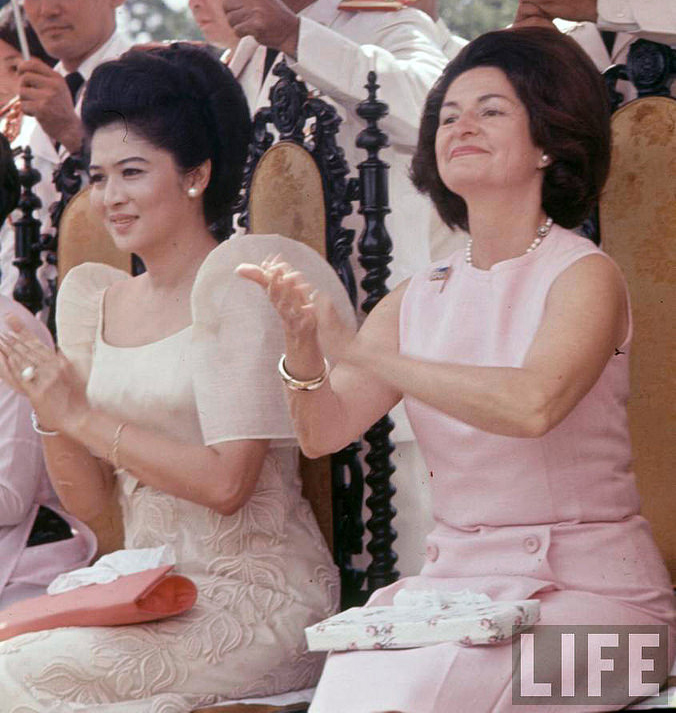 Asia Art Archive in America’s second annual Leadership Camp, a four-part closed seminar, takes four case studies as departure points. The aim of the seminar is to collectively and actively workshop emergent and/or alternative models of leadership rooted in and representative of Asia, and to tilt abstract discussions towards cultural practice, whether this be heading a museum, curating an exhibition, or making objects.

Imelda Marcos, former first lady of the Philippines and briefly in exile, serves as our first and controversial case study. The so-called “Steel Butterfly” is now an elected congresswoman of the Ilocos Norte district, mother of politicians, and continues to be an arts patron, gay icon, and alleged grafter. No prior knowledge of Marcos is necessary, and subsequent case studies will be selected by participants. Some initial questions include:

Leadership Camp is co-organized by Christopher K. Ho and AAAinA’s Ali Wong and Hilary Chassé. Prior to the first session on Sunday, March 4, 5-8pm at Asia Art Archive in America, participants will receive PDFs of the readings we will use as points of departure by email.

_______________________________________________
Christopher K. Ho (b. Hong Kong, 1974) is known for multi-component projects that are both materially specific and conceptually expansive. He is simultaneously an artist, curator, critic, and educator based in New York and Hong Kong. His forthcoming solo project at the Bronx Museum (October 2018) draws from his lived experience as a Western-educated member of the Chinese diaspora. He has exhibited at, among others, Para Site, Storm King, the Queens Museum, Cranbrook Art Museum, the Des Moines Art Center, Dallas Contemporary, TSA New York, JOAN, MASSMoCA, the Charlotte Street Foundation, the Museum of Contemporary Art Antwerp, 179 Canal, and Socrates Sculpture Park. He participated in the Incheon Biennial, the Chinese Biennial Beijing, and the Busan Bienniale, and is currently at work on an augmented reality project for Art Production Fund. The New York Times, Artforum, LEAP, RanDian, China Daily, Art in America, Modern Painters, Hyperallergic, and ArtReview have reviewed his work. He received his BFA and BS from Cornell University and his MPhil from Columbia University, and teaches in the MFA programs at Pratt Institute and at MICA.

This program is supported, in part, by public funds from the New York City Department of Cultural Affairs in partnership with the City Council.